End of the Curse – a Book by William Stanish 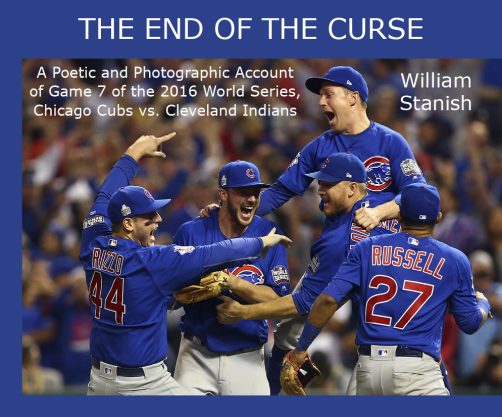 End of the Curse

End of the Curse: How the Chicago Cubs broke the “Curse” to win Game 7 of the 2016 World Series, ending a 108-year championship drought.

This is an epic poem in the style of “Casey at The Bat” tells the dramatic story of Game 7. Full-page color photos illustrate the highlights of the game.

Here at Mountain Made, we are happy to introduce our audience to William Stanish, Ph.D. William is a statistician and computer programmer as well as being the author selected for this month’s Inside the Author’s Studio feature.

We invite you to learn more about this modern-day baseball ballad and it’s author.

INSIDE THE AUTHOR’S STUDIO

As a child, what did you want to do when you grew up?

The first sport I played was baseball, both in Little League, and on the sandlots, and I collected baseball cards, as well.  I definitely had some dreams about becoming a baseball player.

When did you first realize you wanted to be a writer?

About 20 years ago, I wanted to pay tribute to a group of people who were celebrating their 50th birthdays, and I suddenly found myself writing a poem about aging, in the style of the famous baseball poem, Casey at the Bat.  That is when I realized that I enjoyed dabbling with poetry as it used to exist, before the advent of contemporary poetry, with its absence of rhyme and rhythm.

How long does it take you to create one of your pieces?

It depends on the length of the poem.  For The End of the Curse, it took about 6 weeks to write the poem, working part-time.  But the artistic process for the book continued into the publishing phase, with the creative design of the book from cover to cover.  That phase took about 7 months. 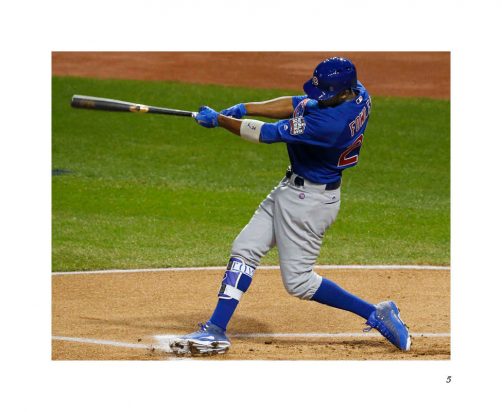 What would you say is your interesting quirk while working?

I think that traditional poetry was meant to be heard, rather than read, primarily because of its musicality.  So, as I’m writing poetry, I say the words aloud as a test. But, sometimes, I get carried away, and end up talking to myself.

Where do you get your ideas or inspiration for your work?

The ideas can come from anywhere.  There are plenty of stories of injustice, deception, and sadness, and all of these are fertile ground for artistic commentary.  But there are also stories of heroes, and overcoming the odds, and battling demons. Those are especially heartwarming, and fun to write about.

What do you like to do when you’re not working on your poems?

I like to jog, as I’ve always found it to be a nice stress-releasing activity.  But I also like to read nonfiction and do research on the internet because there is so much out there that can help us find the truth.

What was one of the most surprising things you learned while creating your poems?

I was a bit surprised by how challenging it can be to write rhyming poetry in a way that sounds natural, rather than forced.  It was especially difficult for The End of the Curse because the facts of the game had to be presented, so there were certain words that were mandatory. 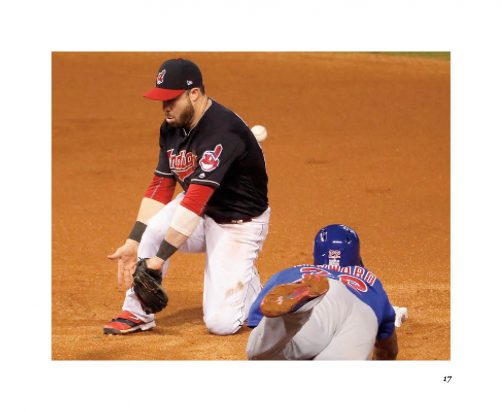 Because of rhyming and rhythm restrictions, there are fewer words available, especially at the end of lines.  This is likely the reason that modern poetry professionals have essentially abandoned the use of rhyming and musicality.

How many pieces to you think you have you created?

I haven’t created very many poems.  Part of the reason is the disdain for rhyming poetry on the part of contemporary poetry professionals.  But that is another story.

Which ones were your favorites?

The End of the Curse is my favorite because it tells the dramatic story of Game 7 of the 2016 World Series, in which the hero (the Chicago Cubs team) has a chance to overcome a long history of failure (108 years without a World Series championship).

The momentum of the game swings back and forth, the fans display their doubts and fears, and it takes a near-miracle near the end of the game to save the day for the hero. Another favorite is called The Big Five-O. It is a humorous look at the aging process, and how we must ultimately come to grips with the reality that aging is a fact of life.

How do you decide on which ideas to develop?

I think passion makes the decision for me.  If I find myself drawn to an idea, it’s because my brain seems to know that I will feel rewarded by developing the idea and sharing it with others.

Do you hear from your fans? What kinds of things do they say?

A number of people have indicated how the poem and the book, The End of the Curse, stirred up great memories of that dramatic night when the Cubs finally won the World Series.  But perhaps the most interesting compliment about that poem came from a person who worked on the book, and who said, “I like the poetry, and that comes as a surprise to me (since I have no interest whatsoever in baseball…).”

What do you think makes good art?

I believe that good art has the ability to make the viewers or listeners feel that, at least on some small level, they and the artist have connected with each other.

If you are interested in buying a copy of this epic poem, then click here to purchase thru Mountain Made’s online store.

« Fused Glass Jewelry by Sharon McCollum | “What Type of Glass Art is That?” »