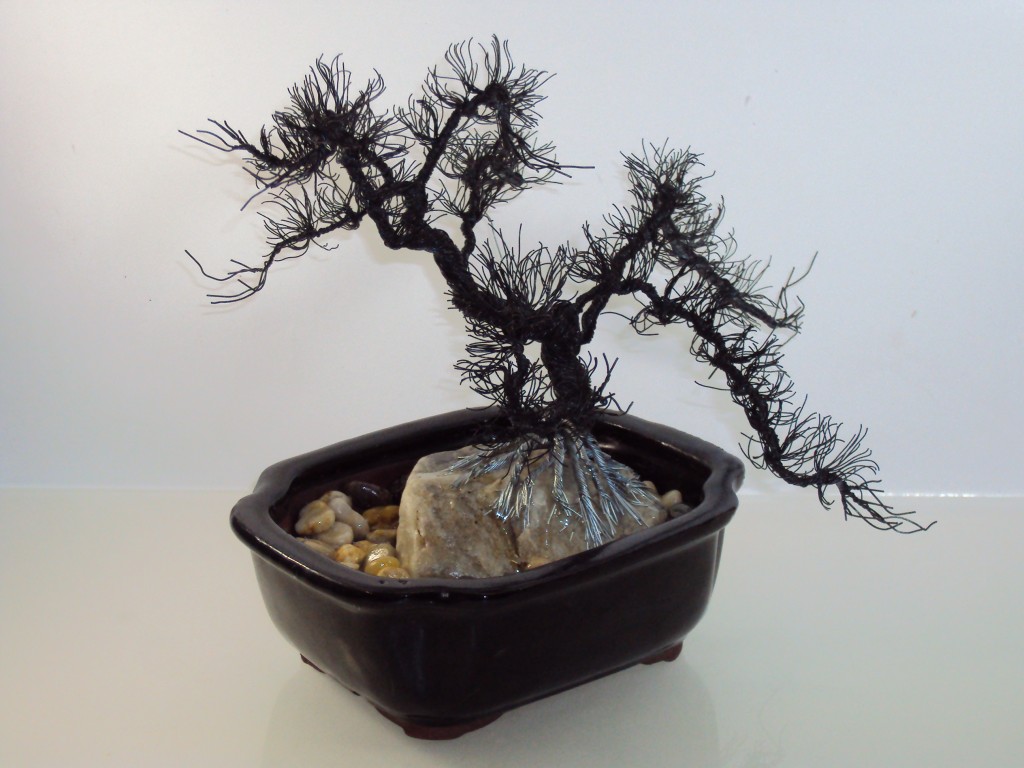 Today there are many artists that use interesting kinds of materials to make fine art. Wires are one of the most interesting of forms used in art and Mountain Made artist Jim Beghtol, we believe is master of this craft. 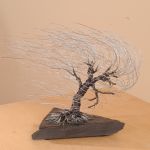 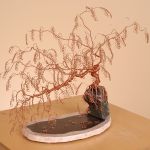 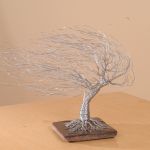 Each tree is unique and made from over a 1000 individual strands of wire. It is twisted by hand using simple tools and creativity.

Jim uses a combination of galvanized steel wire, stainless steel, bark covered wire, along with bare copper wire as well as “Artistic” wire (in over 36 different colors) to create his wonderful life-like sculptures.

He installs every tree on a base made of stone, wood or some other natural artifact that is clear coated for lasting beauty.

His imaginative creations range in style from magnificent uprights evergreens to graceful willows; from windswept bonsai to colorful Japanese maples. 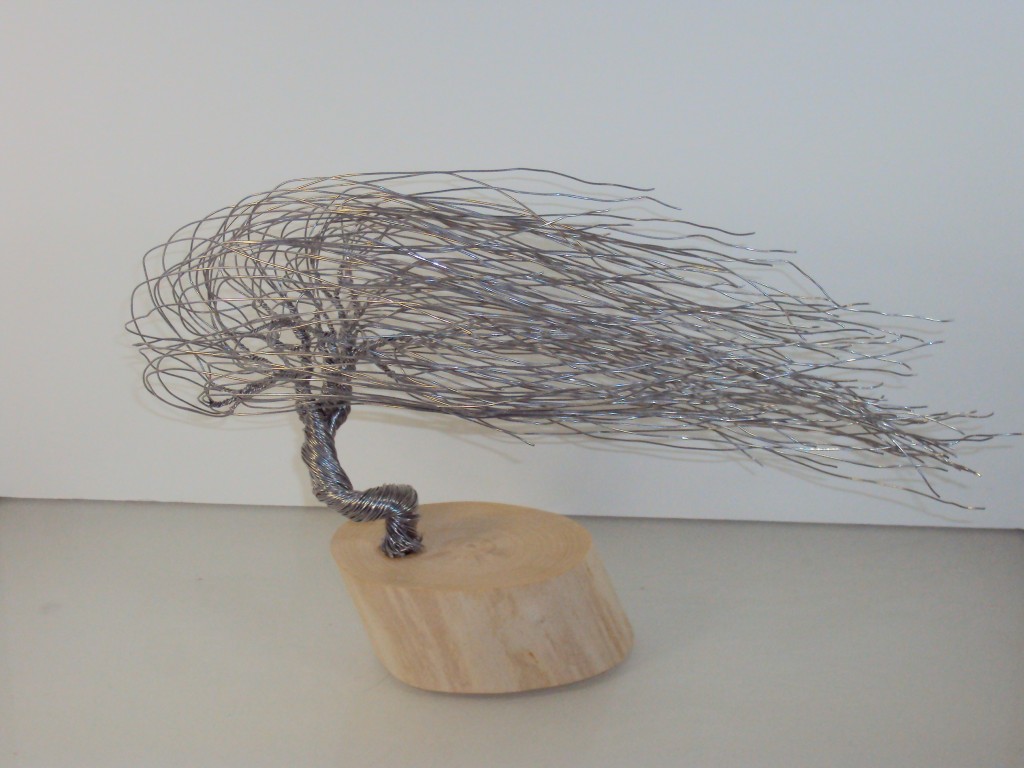 “The history of bonsai (pronounced bon-sigh) is cloaked in the mist of the past. It is now widely accepted that it was the Chinese who first created the miniature landscapes and trees that we now know as bonsai.

In Japanese, bonsai means “tray plants”. Since originating in Asia so many centuries ago – it has developed into a unique new art form. Called penjing by the Chinese, bonsai was believed to have had its start in the Han Dynasty…”

“…One of the earliest Chinese legends contends that that an emperor during the Han Dynasty had created a landscape in the palace courtyard complete with miniature hills, valleys, rivers, lakes and trees that depicted his entire empire.  Legend has it that he wanted to gaze upon his entire empire from his window each morning.

Which why bonsai quickly became  tray landscapes hidden away indoors!  You won’t have to worry about this type of threat when you get buy one of Jim’s wire bonsai masterpieces. Although we do readily admit, they are to die for!

We invite you come by the gallery, to see his wonderful artwork for yourself > Mountain Made Art Gallery