Visit Us in the Historic Grove Arcade in Downtown Asheville NC.

Asheville oil painter Raymond Byram has had his work described as “technical virtuosity”. Byram has been painting in oil since 1969.

He received his Fine Arts degree in 1976 while also receiving a minor in Art History.  Since graduation he has devoted himself to his painting, having one man and group shows throughout the East.

Although he has worked in a variety of genres, styles and mediums from abstract to surreal to neo-realism, from oils to watercolors, etchings, woodcuts and an advanced form of screen printing called serigraphy – it has been landscapes in oil that have been his primary pursuit.

Ray’s oil paintings are almost exclusively done with small palette knives rather than brushes. He finds his inspiration throughout the eastern mountains and forests, particularly in the North Georgia and North Carolina. He also finds it in the local roads around his home in Pisgah Forest, North Carolina. 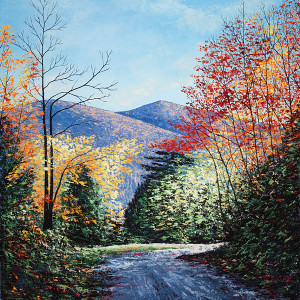 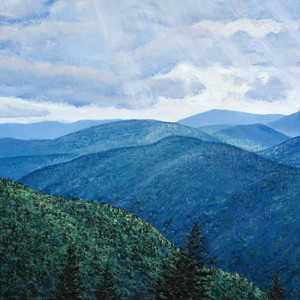 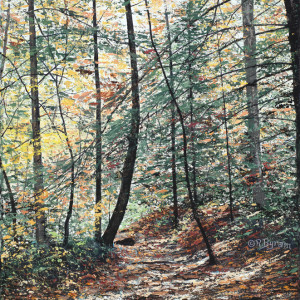