Visit Us in the Historic Grove Arcade in Downtown Asheville NC.

William Stanish was born in the Chicago area but now makes his home in Asheville.  He grew up playing Little League Baseball, and following both the Cubs and White Sox as they tried, with futility, to win pennants and World Series.  He eventually became a statistician and computer programmer but he never lost his love for baseball.

Over the years, he began to write poetry on certain occasions when an event would strike a passionate chord within him.  He writes in the “old style” of poetry, where rhyme and rhythm are integral components of the craft.

In 2016, when the Chicago Cubs ended the longest championship drought in North American professional sports history, he felt compelled to tell the story of the final game of the World Series with a poem that tried to capture the drama and magnitude of the event.

The End of The Curse: A poem in the style of “Casey at The Bat” tells the dramatic story of Game 7. 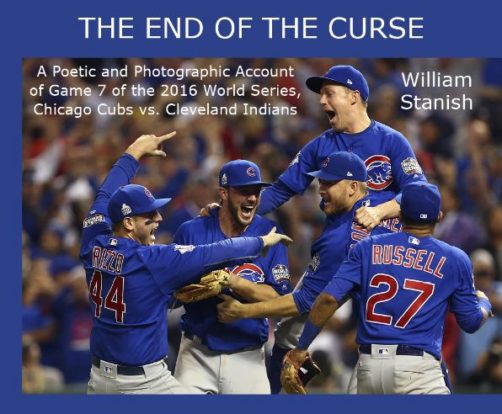